Due to the fact I barely sit in front of a computer thanks to my smart phone, I havn't updated this blog in nearly a year. Seeing we have a bit of stuff coming up I figured it was for a time for a bit of a diary entry, so here it goes (in point form).

-We've finally written some new songs that we plan to record in the coming week/months that will probably end up on a split.
-We have one more show this month and it's with Harm's Way on the 21st (more details below).
-We are playing Such Is Life in Melbourne next month and will be playing one side show in the city.
-We are working on going to Perth in late May (possibly with Shitgrinder and Coffin Birth in Tow
-In June we will be playing one or two shows with Weekend Nachos.
-We are working on visiting Sydney later in the year 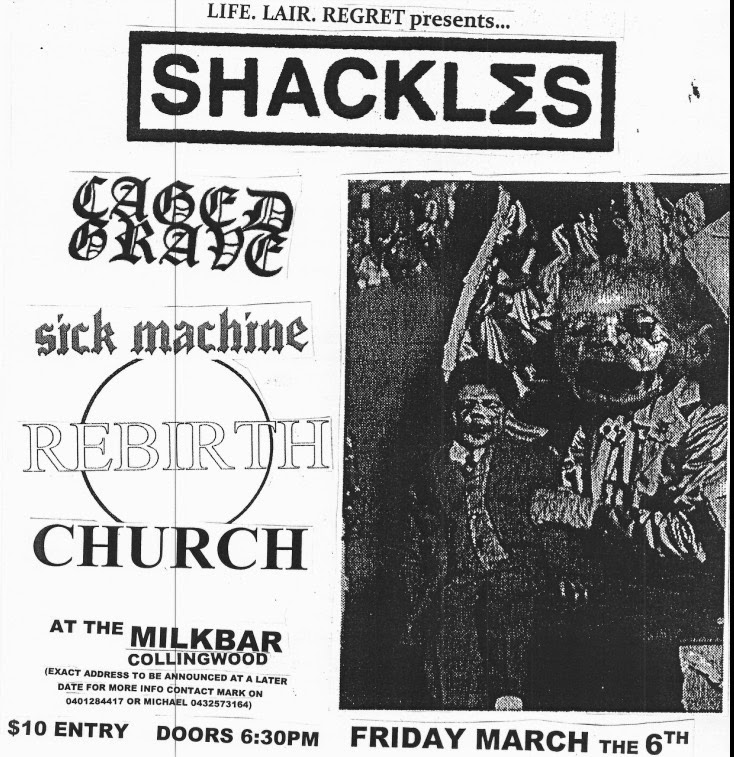 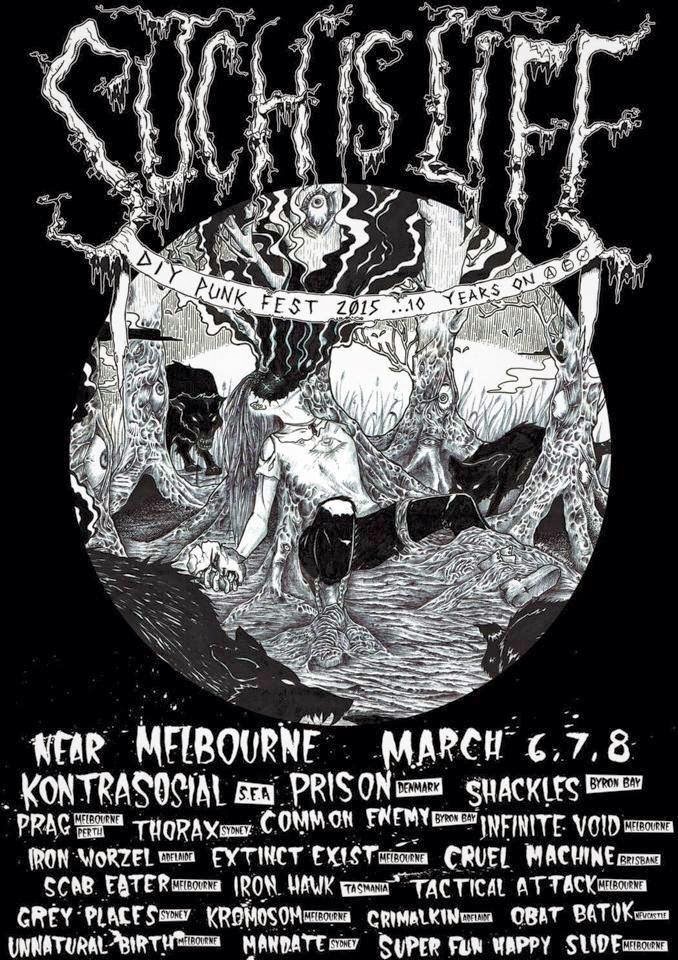 Here are 2 months worth of upcoming shows 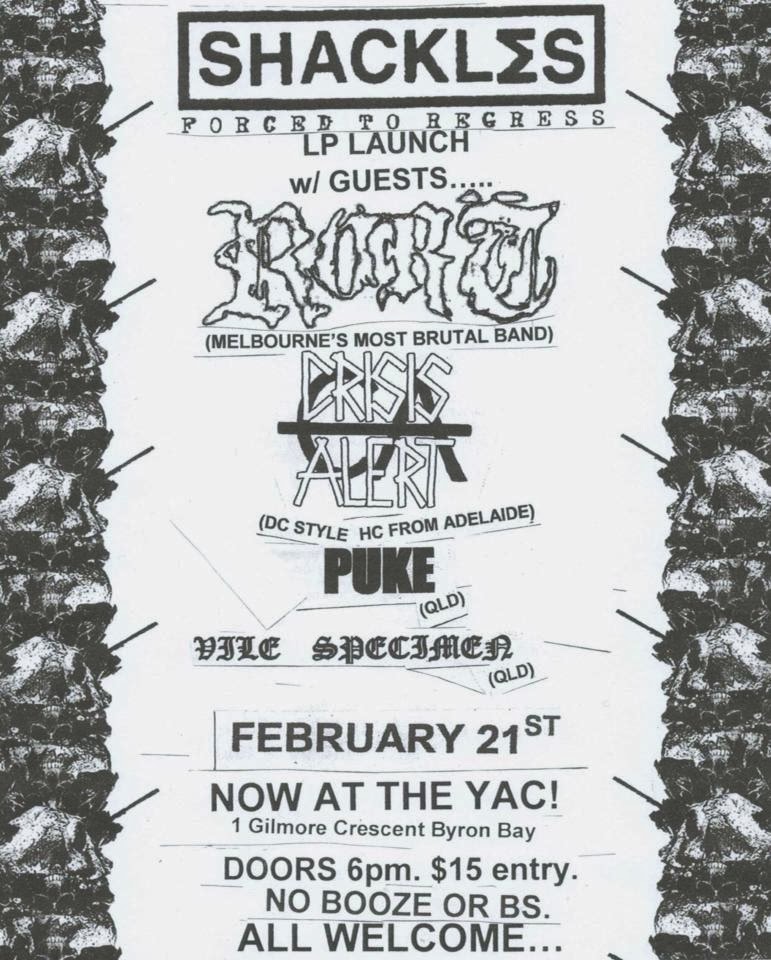 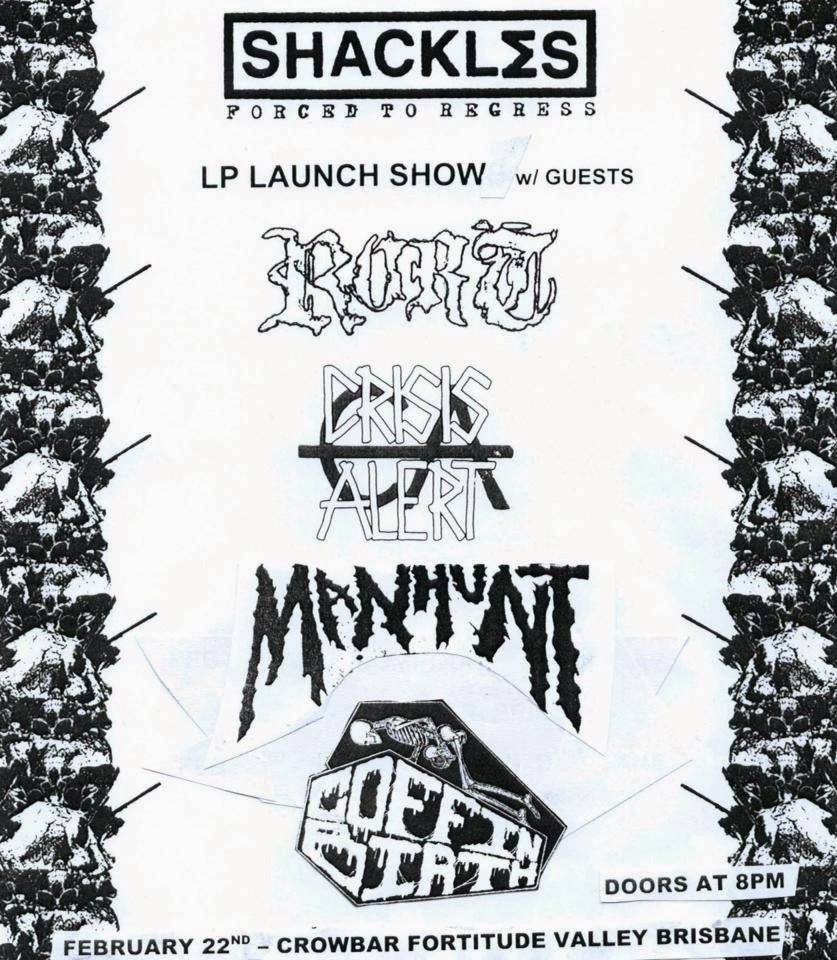 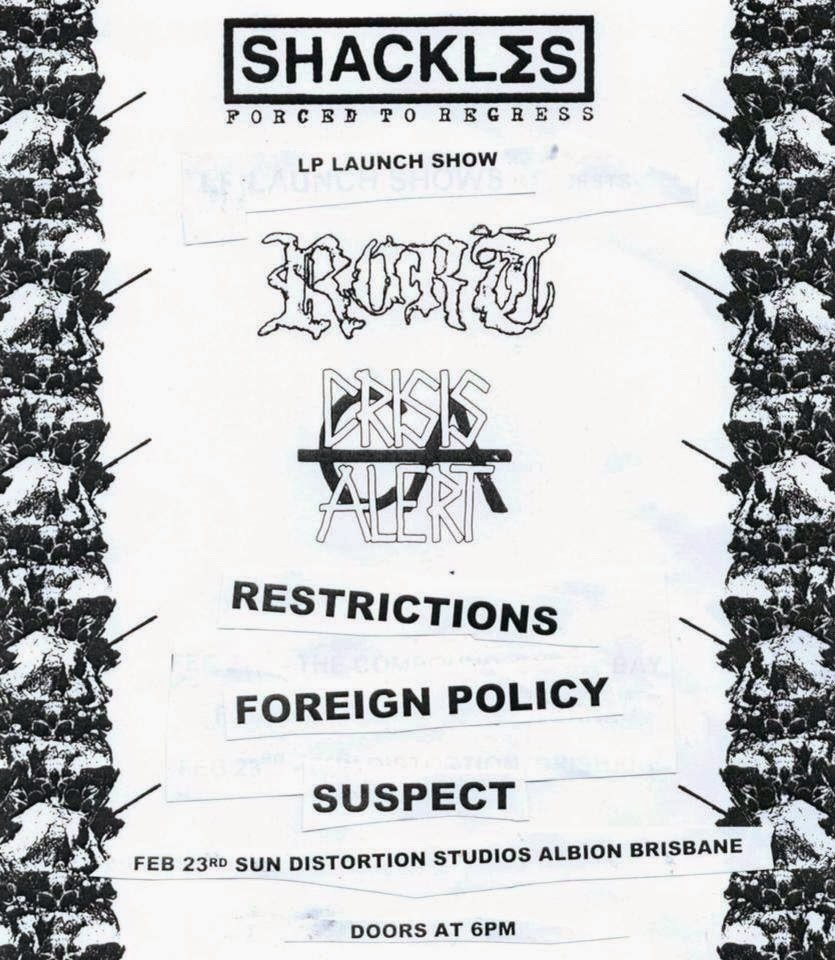 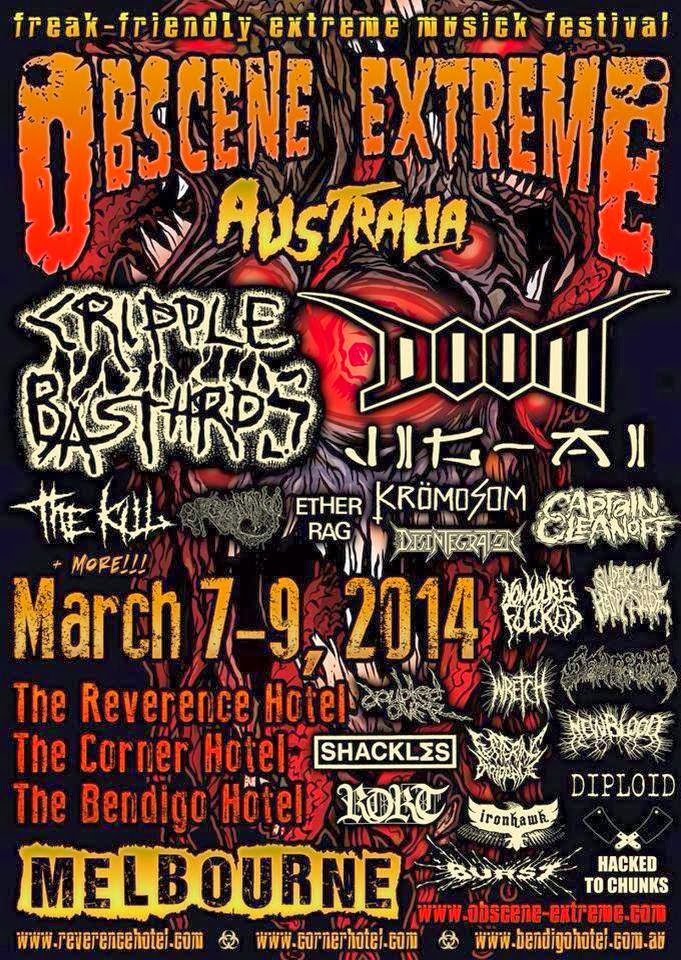 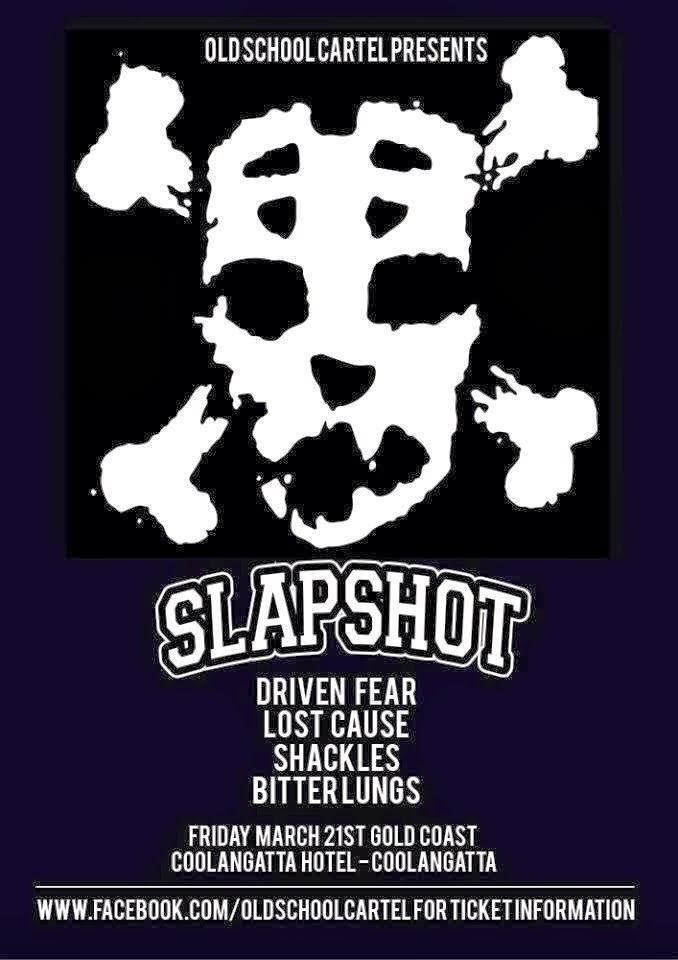 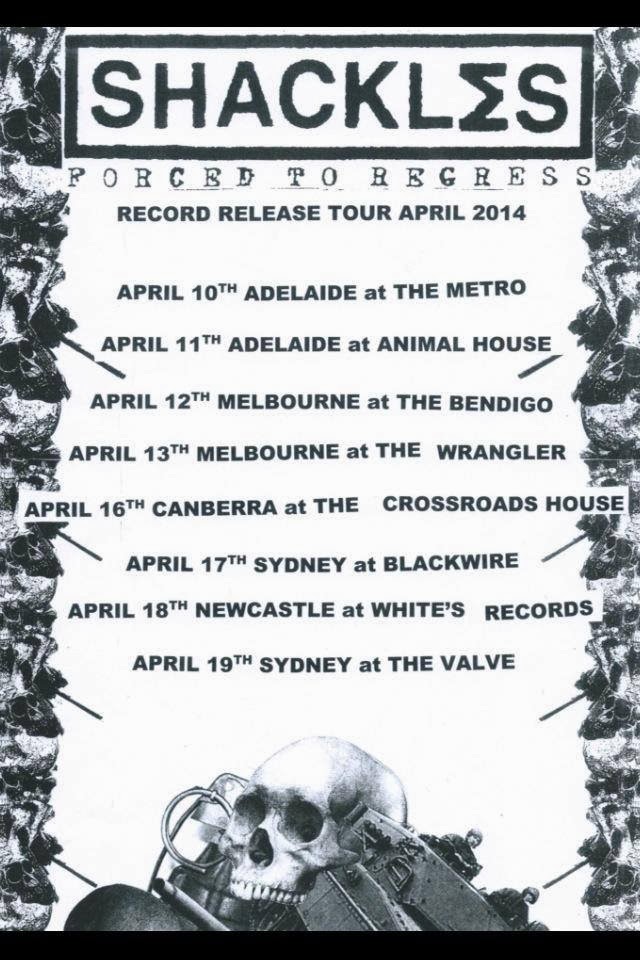 Posted by markxboulton at Sunday, February 16, 2014 No comments:

As you may alreadly know our LP 'Forced To Regress' is to be released this coming Friday the 21st of Feb. Ive been mega lazy with updating this page so Ill try and fit all i can into this update. First of all here is the tracklist and a picture of the limited color version of the LP: 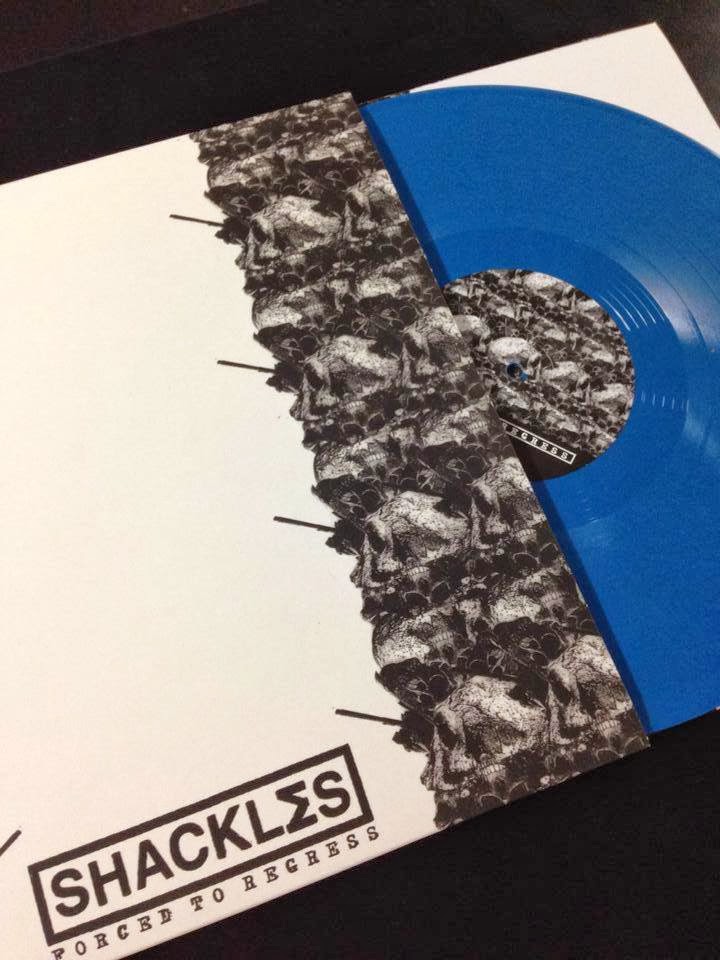 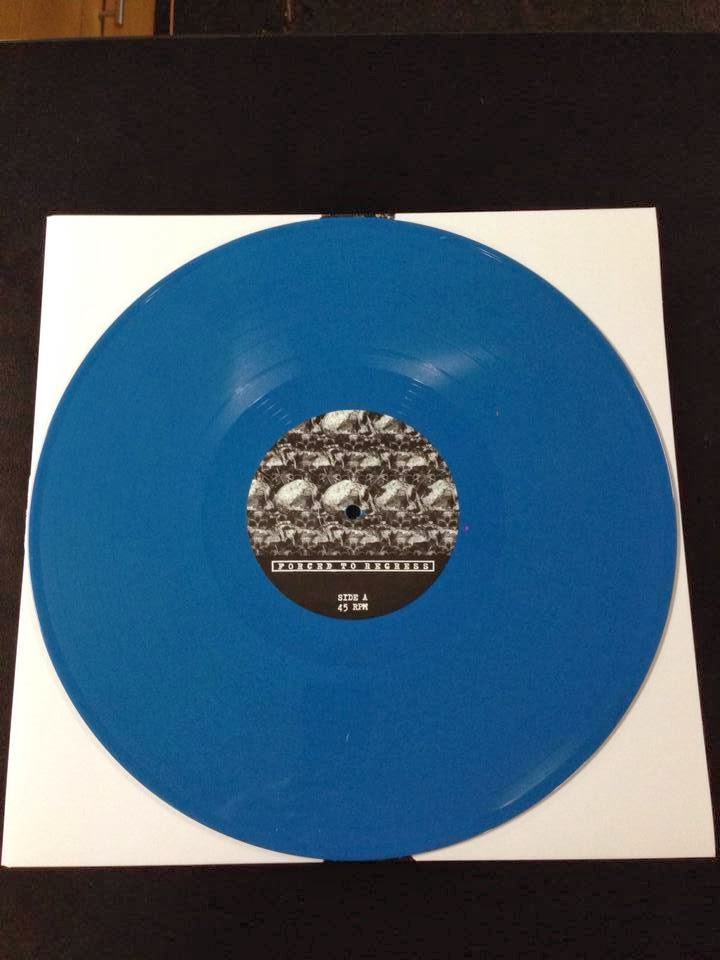 The preorder limited blue vinyl pictured above is running low in numbers but should still be available at this link: http://www.resistrecords.com/catalog/product_info.php?cPath=37&products_id=7325 . The record will also be available on
on Compact Disc and via Digital Download. To listen see the links below:
http://www.youtube.com/watch?v=stPryLejjDo
http://www.youtube.com/watch?v=je13BBeXO3w

Posted by markxboulton at Sunday, February 16, 2014 No comments:

The  'disposed of' 7 has been out for nearly 3 months now (since being released on the 3rd of august at the Brisbane Innumerable Forms and Mammoth Grinder show), if you don't have one and would like one they are available at the urbn rage big cartel for 10 buck postage included. If you're wanting the more limited version with a double sided poster (69 hand numbered) they can be found in the odd distro (namely through arrest records or sick rick) or you can get them directly off me by emailing shackleshc@hotmail.com. Ill have all the 'disposed of' pressing info in the discogs section soon.

As you may or may not know we recorded an lp back in june and after 3-4 months of set backs it is ready to go, will have a song and other info up about it very soon but in the mean time I can disclose the title and the cover art.
Here it is: 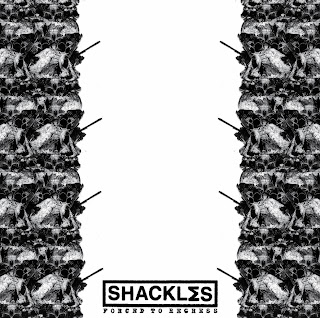 Posted by markxboulton at Monday, October 28, 2013 No comments:

Split 7 with worn out / update

The split 7 was finally released in Australia at hardcore 2013 yesterday. It's now  readily available, and will be available online at arrest records and disinfect in time but if you'd like one sooner than later for 8 bucks plus shipping and a free patch and badge email shackleshc@hotmail.com then pay via paypal or your own preferred method.

The disposed of 7  test press has arrived and been approved and is coming in the next few weeks (it actually is) and will be available at most aus distros. Really looking forward to having these songs out there.

The recording of the lp has been completed and its been sent off to get mixed. We're hopefully looking at an August / October release. Label and title will be announced soon,

Posted by markxboulton at Monday, July 15, 2013 No comments:

DISPOSED OF 7" IS ON ITS WAY

As you may of guessed the release of the 7" on Urbn Rage records has been delayed, however things have finally been kicked into gear and as a result it will hopefully will be available within the next 2-3 months. Here is what it'll look like: 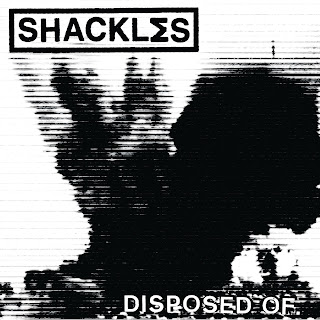 As you may or may not of noticed, we have been pretty quiet for the last 2 or so months. The reason being we have been in the process of writing an LP which tomorrow we begin recording, it's planned for release before the end of year. More info soon.
Posted by markxboulton at Friday, June 14, 2013 No comments: 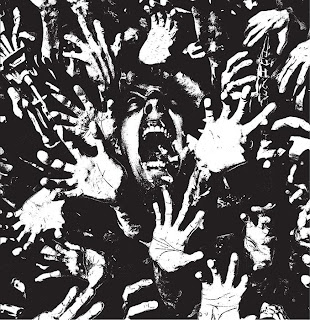 Now also available is the SHACKLΣS / WORN OUT split on Vinyl, it
was released in the states on the 5th of june (pre orders went out etc).
It's currently available from Diseased Audio and the Worn Out bandcamp
in the U.S and will be released in Aus very shortly. We are out of the
cassette tape version of the split but Disinfect still have a few in stock in
their store (it says sold out but if you email they'll sort you out)http://disinfectrecords.bigcartel.com

Posted by markxboulton at Friday, June 14, 2013 No comments: 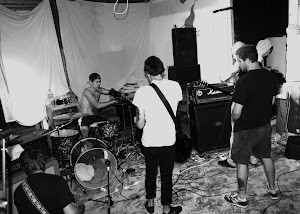